This anthology, Black Culture and Experience: Contemporary Issues (2015) offers a holistic look at black culture in the 21st century. It is a collection of work creating a synergy among authors as a valuable resource. Part one examines institutional, societal and political issues. Part two investigates social, cultural and community issues. Part three explores media, pop culture and technology issues. These leading scholars, authors, and other specialists have been brought together to highlight key issues in black culture and experience today. The goal is to help readers understand where we are and where we still need to go, what is working and what we still need to work on, what is right and what is still wrong.

This second edition of the Historical Dictionary of African American Cinema (2015) covers its history through a chronology, an introductory essay, appendixes, and an extensive bibliography. The dictionary section includes over 1400 cross-referenced entries on actors, actresses, movies, producers, organizations, awards, and terminology. This book provides a better understanding of the role African Americans played in film history. It is an excellent access point for students, researchers, and anyone wanting to know more about African American cinema. As early as 1909, African Americans were utilizing the new medium of cinema to catalogue the world around them, using the film camera as a device to capture their lives and their history. As new technologies bring the power of the moving image to the masses, African Americans are shooting and editing on laptop computers and sharing their stories with a global audience via the World Wide Web. Hollywood and independently produced films are evolving into a diverse cache of African American images being displayed on an ever-expanding silver screen. The wide range of stories, topics, views, and genres gives the world a glimpse of African American life that has long been ignored.

The Fifty Most Influential Black Films (2001) in an illustrated guide to 50 of the most important and socially significant movies made for, by and about African Americans. It is a resource book that examines how black films have shaped and reflected the times, influenced mainstream society, and impacted black culture.  It is not a “Best of,” “Most liked,” or “Greatest” films list.  Nor is it based on wonderful reviews and box office grosses.  And, it does not reflect the opinion of the entire black community.   It is our list.

Each section starts with a historical overview from that decade, a discussion on the film itself, wrapped up with a summary of the various reviews found for each film. For additional insight we have also included interviews from prominent actors and actresses like Ossie Davis, Ruby Dee, James Earl Jones, Loretta Devine, and Lawrence Hilton-Jacobs, producers such as Reuben Cannon and Halle Gerima and directors like Gordan Parks, Julie Dash and Charles Burnett. 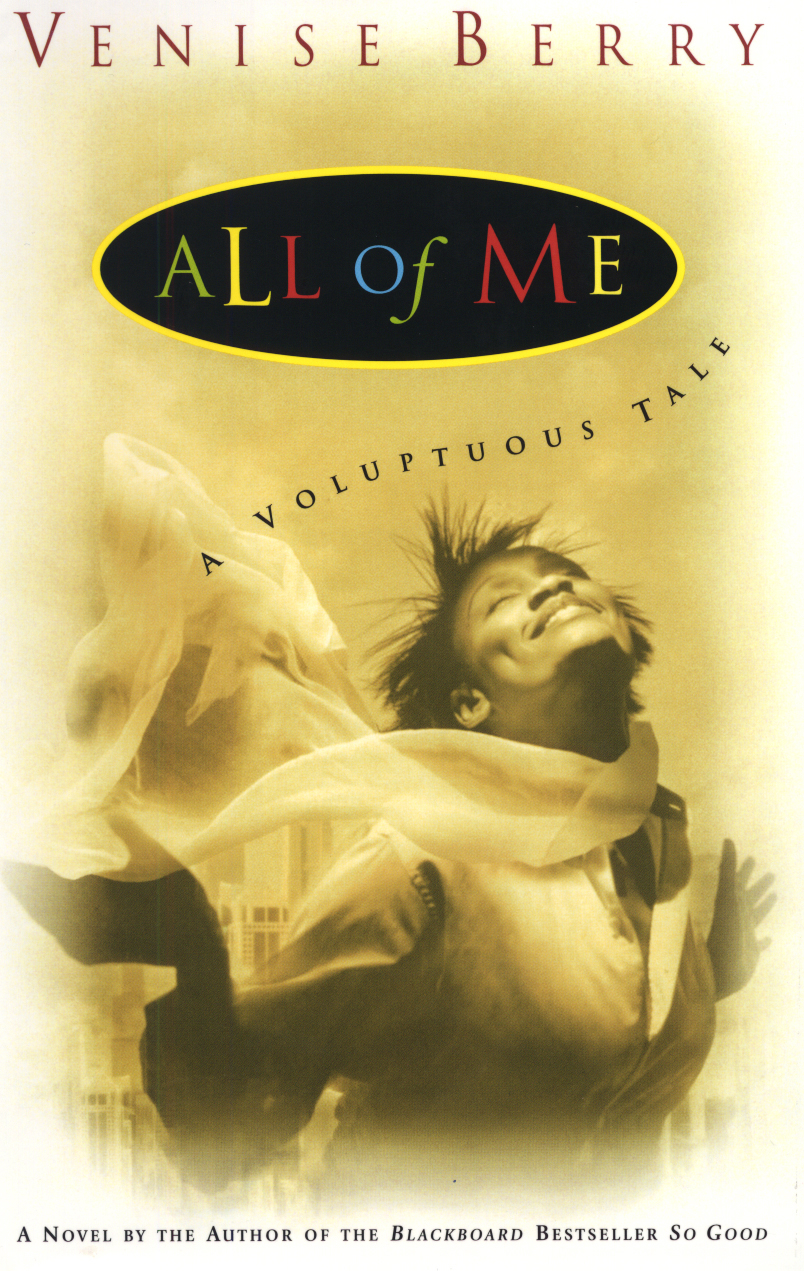 All of Me, a Voluptuous Tale (2000) receive an Honor Book Award from the Black Caucus of the American Library Association in 2001.

All of Me, a Voluptuous Tale explores a very important topic in our society today – weight and wellness. The main character, Serpentine Williamson has a good life, but in the midst of her positives lies a powerful negative – a lifelong struggle with weight issues. She has an exciting career as a television reporter in Chicago, a sexy boyfriend who swears he loves her but can’t stay away from his size six ex-girlfriend, a mother who nitpicks because she believes that if Serpentine would just lose the weight she would be happy, and an aunt who loves herself despite the weight, but doesn’t know how to help Serpentine. After years of buying into the fads and labels, Serpentine finds her world crumbling and finally loses the battle to uphold her plummeting self-esteem.  When we first enter her story she has had a breakdown and is hospitalized. This story chronicles Serpentine’s fight for recovery as she  learns to love herself,    JUST THE WAY SHE IS!

When we’re honest with ourselves we have to admit that our beliefs impact our relationships. My novel Colored Sugar Water explores that very complex question:  What do you believe? Lucinda Marie Merriweather was raised by her grandmother who is a healer outside of Baton Rouge, Louisiana.  Lucy believes in everything from superstition and voodoo to God’s Grace and the power of prayer. Adel Kelly is Lucy’s best friend. Adel comes from a family that was not very religious.  They didn’t attend church regularly or worry about the world beyond.  As Adel explains it to Lucy, “It’s not that she doesn’t believe, but she doesn’t really know what to believe.” Both women take different paths toward finding their faith.

So Good (1996) focuses on relationships. I wanted to move away from the fairy tale Prince Charming idea and deal instead with the ups and downs, changes and compromises, gives and takes that people really go through in order to create a love that is so good. So Good follows one year in the lives of three women each searching for Mr. Right. Sundiata is an independent and open-minded soul who marries a Nigerian man Chris.  Her story is about the cultural differences between them. Danielle is one of those women who went to college to find a good husband.  She met and married Roger who is an established lawyer, but ten years later Danielle is feeling like maybe she missed something by marrying to soon.  She has an affair with her young assistant. Finally, Lisa is in her mid-thirties and everybody is married except her. With her biological clock banging, Lisa meets a man who seems like he’s the answer to her dreams so she marries him after only six months and has to deal with who he is versus who she thought he was.

Mediated Messages and African American Culture: Contemporary Issues (1996) received the Meyers Center Award for the Study of Human Right in North America in 1997.

Integrating applied analysis, case studies and critical perspectives, contributions from leading scholars explore key issues including: the relationship between black men and the police; the state of the African-American press; and the perpetuation of images of African Americans as poor, violent and undereducated.